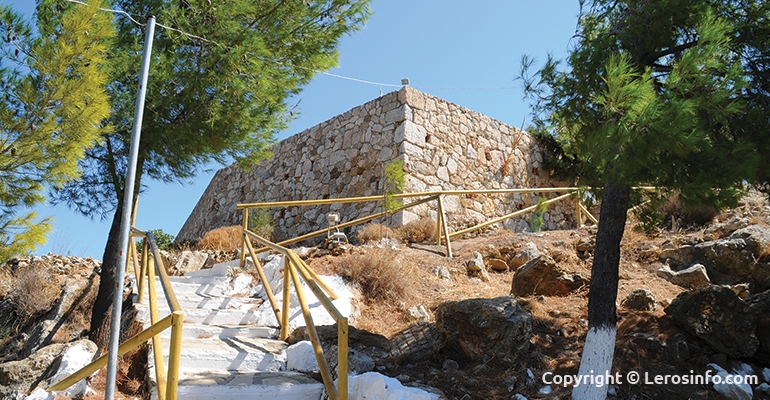 The Castle of Lepidon at Xirokambo and commonly known today as Paliokastro is in the vicinity of the remains of an older wall of “Cyclopean” construction and dates back to the Hellenistic period. The remains of eighteen miniature homes can be seen, where originally the guards of the area lived and later on served as a refuge for the inhabitants during the mid - Byzantine period.